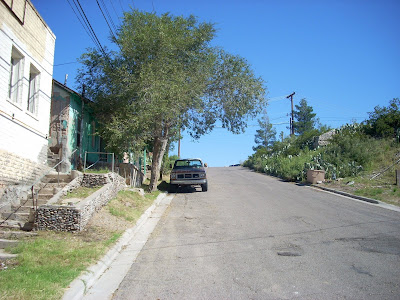 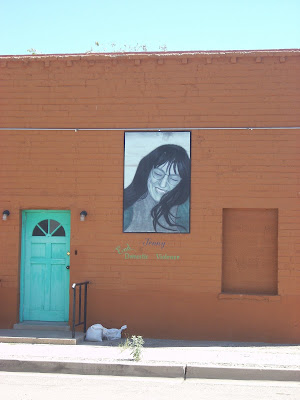 Passing through Hatch, New Mexico in September means being enveloped by cool air perfumed with the sweet peppery scent of roasting chilies. Hatch is the center of all things green chili in New Mexico and, if coming from the west, the gateway to New Mexico's best kept secret, the sleepy town of Truth or Consequences. Named "Hot Springs" until 1950, the town concealed it's most valuable tourist boast in order to win the honor of becoming the home-at-large to the then popular Truth or Consequences radio show with Ralph Edwards. Though frequented by locals and New Mexicans alike, the 10 naturally heated mineral springs and the facilities which house them remain largely ignored by the Santa Fe-Aspen crowd. The town itself, although slightly less O'Keeffe painting friendly in architecture than its northern neighbors of Taos or Santa Fe, is compelling enough that I considered permanently relocating to the absolutely lovely 10 square blocks that make up it's downtown area. 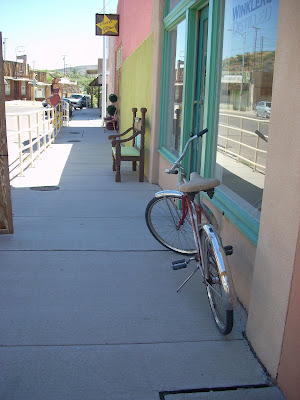 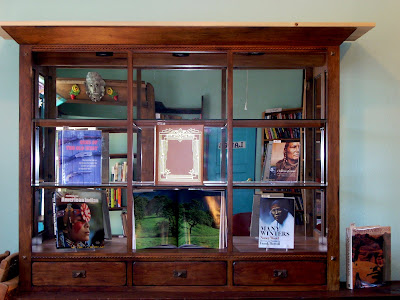 After stopping in Black Cat Books and Coffee for the best cup of organic, home-roasted decaff coffee I have ever had, I grabbed a councilman-baked pecan coffee roll, an Easy Rider commemorative map of Taos signed by Peter Fonda, and headed over to the farmers' market on the banks of the Rio Grande. Organically-grown local pomegranates (sold for 75 cents a piece) and home made soaps laid like lounging cabana ladies on every table. Fruit, coffee, and pastry in hand I walked past the outdoor massage chairs and inflated gas price weary farmers taking solace in the constant flow of the river and set out to tour every available hot spring facility in one day. This is an extremely manageable task as the ten facilities housing the natural hot springs are within a four block stretch along the banks of that Grande river. (My top three picks are listed in the posts below.) 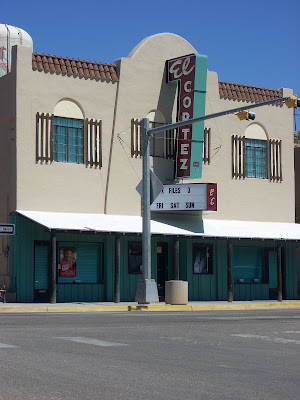 In these depressing financial times, Truth or Consequences is a haven of affordable rejuvenation and healing. Indeed, Apache Indians revered the town's springs as a center of spiritual healing and physical health long before the words short selling and money market account were sources of national exhaustion. In their own desperate (if now seemingly simple) times of crisis the Apache had the wisdom to declare these hot springs neutral ground among waring tribes who all converged there for healing rituals and transference of information. In this time of severe Truth and Consequences, can't we all use a little inexpensive, neutral ground? 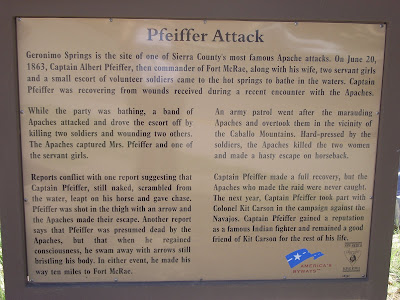 Awesome post. I really enjoyed it, and you gave some great info! Hey i found a cool site that i think you will really like, baraaza.com

you must be having the time of your life! What FUN!!!!